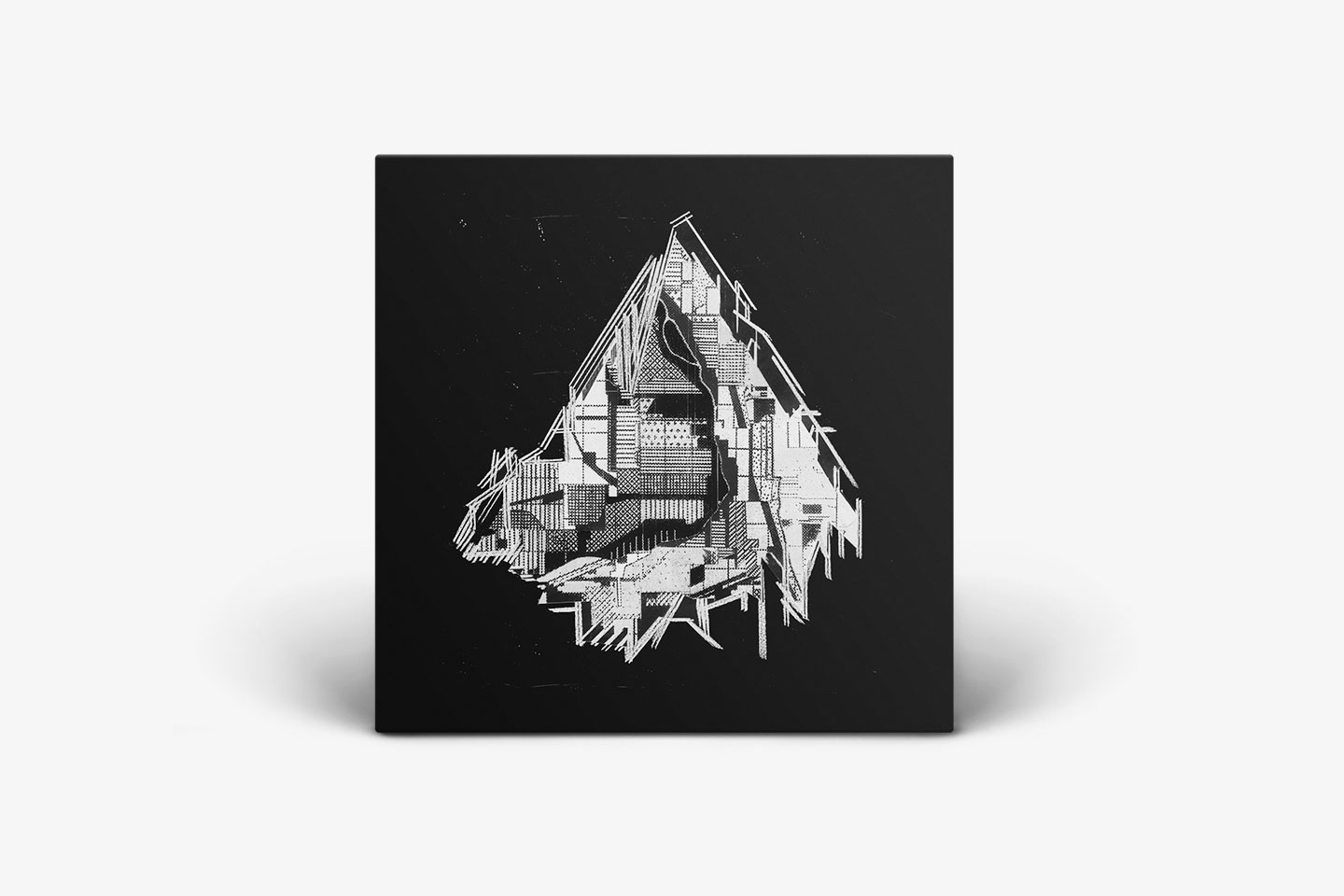 This year's (2016) interpretation of the Erased Tapes mountain was created by London-based artist Ian Wright. To find out more about how they met and the story behind each track chosen, read Robert's track-by-track guide exclusively for XLR8R below.

This song is very special to me as it wasn’t originally intended as the opening track to Solo. In the original pre-master that Nils sent me, it appeared further down in the middle of the record. But as always, Nils was open to suggestions and I felt "Ode" would set a better tone for the entire album, because it’s very patient, yet brave. Nils ended up opening every concert on his recent tour with this song, which made me very proud.

Technically speaking, Dustin and Adam didn't release anything new last year. Instead, they continued to perform Atomos for people all around the world, which of course makes them an integral part of 2015. This particular piece is actually the first track from their recording session that they shared with me and has become one of the highlights in their live set—so it deserves all the attention it can get as the second track on this collection. As much as I like creating these silly rules and restrain myself, I equally enjoy breaking them!

Of course, the obvious choice would have been a track from his new album Howl, which only just came out—as there’s nothing but amazing tunes on that one. But there’s something about "Recovery" that suits the pace of this compilation better. I remember Ryan first performing an early version of it live at his Phonica Records in-store in 2013, and there was already something about it that resonated with everyone in the room. There’s just nothing like it.

Being the opening track to Óli and Nils’s collaboration release Loon, it’s sheer coincidence this track named ‘Four’ has found it’s place at the fourth position on here—no OCD intended. To me it simply forms the most perfect transition between Ryan’s synthesizer piece and Masa’s vibraphone sounds. Its immediacy and otherworldliness hit me every time.

I remember this transition from one of my NTS radio shows. I blended the two vinyl records so subtly that the person putting down the track listing didn’t even notice it was two different tracks—it felt so natural. I love little moments like this. To me "Moonlight" puts Masa’s unconventional touch to the vibes in direct context with its tradition, with the strings of bead on the bars adding this beautiful, surreal shimmering.

This has always been the standout piece on Entanglement for me. Like a beacon for classical music, it radiates with simplicity and such grandeur as one repetitive, circular movement spiralling upwards towards the light. I count myself more than lucky having witnessed the recording session, watching Michael conduct a small orchestra with his hands at Francesco’s beautiful Vox-ton Studio in Berlin—and this merciless beauty pouring out of the speakers in the control room. It was an unforgettable moment!

It is unthinkable now that this piece almost didn’t make the record. I spent the last two years trying to put this album together with Lubomyr, not an easy task as he splits his home across three countries on two continents and has been touring relentlessly. All communication was over email and the phone, and it became one of these projects where its circumstances dictate the concept. Rivers and Streams was recorded in lots of different places—studios, churches, live venues and rehearsal spaces on both sides of the Atlantic. And to me, "Parasol" has always been the piece where this journey began. It’s somewhat ironic to receive an email from the continuous music man himself saying that he wasn’t sure if this track isn’t too repetitive.

Continuing in the continuous music mode, "Io" is the beginning of an equally insane journey called Dysnomia—one large 47-minute ride of polyrhythmic madness with no stops. So again, I was forced to use the faders on this track, but I must admit that I enjoyed mixing these two kindred pieces together as, in my mind, they are siblings.

This is one of two exclusive tracks on this compilation. Douglas recently sent me these very rough desk mixes of new album tracks, which I spent a lot of time listening to. This particular piece stood out as one of these tracks that very much benefits from the atmosphere of a super muffled, lo-fi sound. The lyrics are so powerful, they can cut through any layer: “Set out on a path, without a map or dial. Thank you explorer for the edge.” These are words that express everything Erased Tapes is about.

Again, I was torn between choosing one of the more recent tracks from Óli and Janus’s Swept EP or going with this one. But the natural flow of how "Looped" kicks in won me over, as well as the way it ends. When compiling a record, it’s not about sticking together the best individual tracks; it’s more about creating a musical story. The whole is greater than the sum of its parts. And that’s what this track does: It fits in like the last piece of a puzzle.

Ryan contributed the second exclusive track in form of a remix he’s finally found the time to finish after all his extensive touring, and it’s a real beast, putting Óli and Nils’s original into a completely different light. Watch out for the moment when the beat kicks back in. It’s pure sonic bliss!

This weeks BibleVers:
" Long ago I learned from your statutes that you established them to last forever."
~ Psalm 119:152